The children might enjoy some back garden stargazing tonight, as the Lyrid meteor shower will be at its peak...

The Lyrid meteor shower is set to be visible in the skies over Ireland all this week. The meteors will be at their peak on Tuesday, 21 April into Wednesday, 22 April. They will be visible from 10:30pm, but the best time to watch will be between midnight and dawn. This year’s peak coincides with the new moon on Tuesday, which means skies will be especially dark, and the meteors will be more visible.

You won’t need a telescope or any special equipment to see them, and you can see them from your garden, or even a well-positioned window.

As with all stargazing – be patient, and give your eyes time to adjust to the darkness. Wrap up warm and get comfortable and just enjoy being out under these stunning night skies. Lie flat on your back or on a sun lounger, with your feet facing east, and look up, taking in as much of the sky as possible. After about 30 minutes in the dark, your eyes will adapt and you will begin to see meteors. Be patient—the show will last until dawn, so you have plenty of time to catch a glimpse.

What is a meteor shower?

A meteor is a space rock that falls into the Earth's atmosphere. The rock gets so hot it has a visible glow around it. When more than one meteor falls at once around the same place, the glow of heat around them gets brighter so we can see them from Earth. This often looks like a shower of light in the sky.

They are usually really small, from the size of a grain of sand to a small rock, and burn before they reach us. Known for their fast, bright meteors, the Lyrids are one of the oldest known meteor showers, and at the peak of the shower stargazers may see 10 to 15 meteors per hour.

Lyrid gets its name from the Lyra constellation, and the Lyrid shower is one of the oldest known, as they have been observed and reported since 687 BC and no other modern shower has been recorded as far back in time.

A Message from the Principal

Back to School Allowance 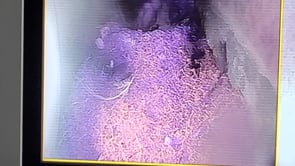